The Local Government is obliged to review its local zoning regulation at least once per 4 years and decides on keeping, amending or repealing it.

The decision shall be published by notice. The comment period regarding the prepared zoning measures is open as set forth in the notice (30 days usually). According to the rules on partnership negotiations, inhabitants of the district, churches functioning in the district and advocacy, civil and business organisations registered at the Budapest 12th District ‘Hegyvidék’ Local Government for opinion procedures may partake in commenting. This is the window to submit individual amendment motions as set forth in the notice.

Amending the zoning measures may be suggested outside a comment period, however, these motions are registered and put on hold until the next amendment’s date. 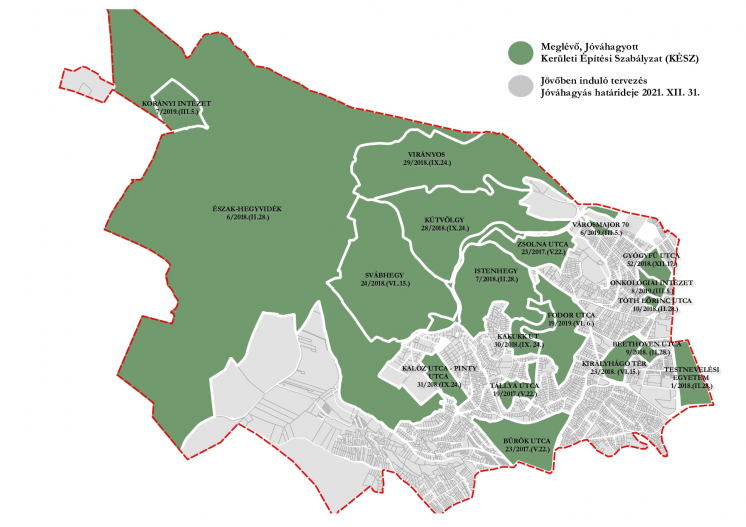